Tauranga's third rocket slide was detailed, fabricated and installed in Memorial Park December 2015 with the last rocket slide having been demolished in 2014.  From concept to construction, this was an exciting project for detailer Michael Aldridge to get his creative juices flowing! 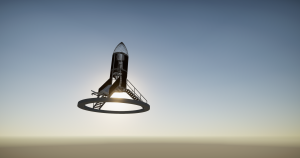 Steelworks worker Kolinio Tuiraviravi said "It's made better than the old one," and would have two slides - one tubed shape and another straight slide.

The steel frame is timbered on the outside.

The impressive frame towers over the playground near the water fountain and a crane was used to hold one of the slides ready to be assembled. 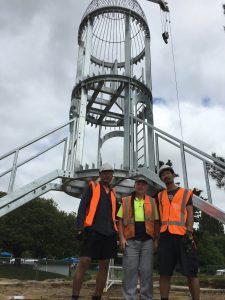 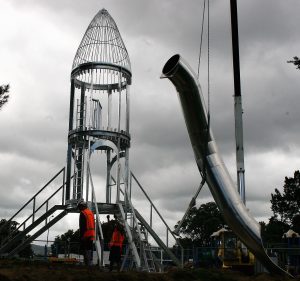 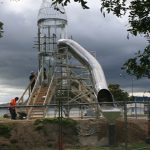 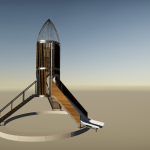 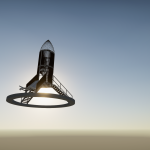