Steelworks NZ Ltd recently invested in a Nelson Stud Welding machine, which is the world’s leading producer of stud welding fasteners and equipment.  Fastening with the Nelson System is quick, reliable and economical, and is a proven and tested method that successfully meets stringent fastening, material and welding codes. It has received approvals from recognised design agencies, code bodies and industrial standard organisations.

Electric-Arc stud welding is the most common process and is utilized whenever metal is fabricated. It is used to best advantage when the base plate is heavy enough to support the full strength of the welded studs, but is sometimes used with lighter gauge material.

The Stud is held in the welding gun with the end of the stud placed against the work. The cycle is started by depressing the trigger button start switch. The stud is then automatically retracted from the work piece to establish an arc. The arc continues for predetermined period of time until portions of the stud and the base plate have been melted. Then, the welding gun automatically plunges the stud into the molten pool of metal and holds it there under spring pressure. At the same time, the welding current is stopped and, when the molten metal solidifies, the weld is completed and the welding gun is removed from the stud.

The molten metal is held in place by a ceramic ferrule which also serves to shield the arc. The weld metal is deoxidised by a flux in the weld end of the stud. This results in a dense, strong weld which will develop the full strength of the stud and base plate. The weld cycle depends on the diameter of the fastener and materials being joined and varies in time from 1/10 to 1-1/2 seconds. Welding currents range from 250 to 3000 amp. 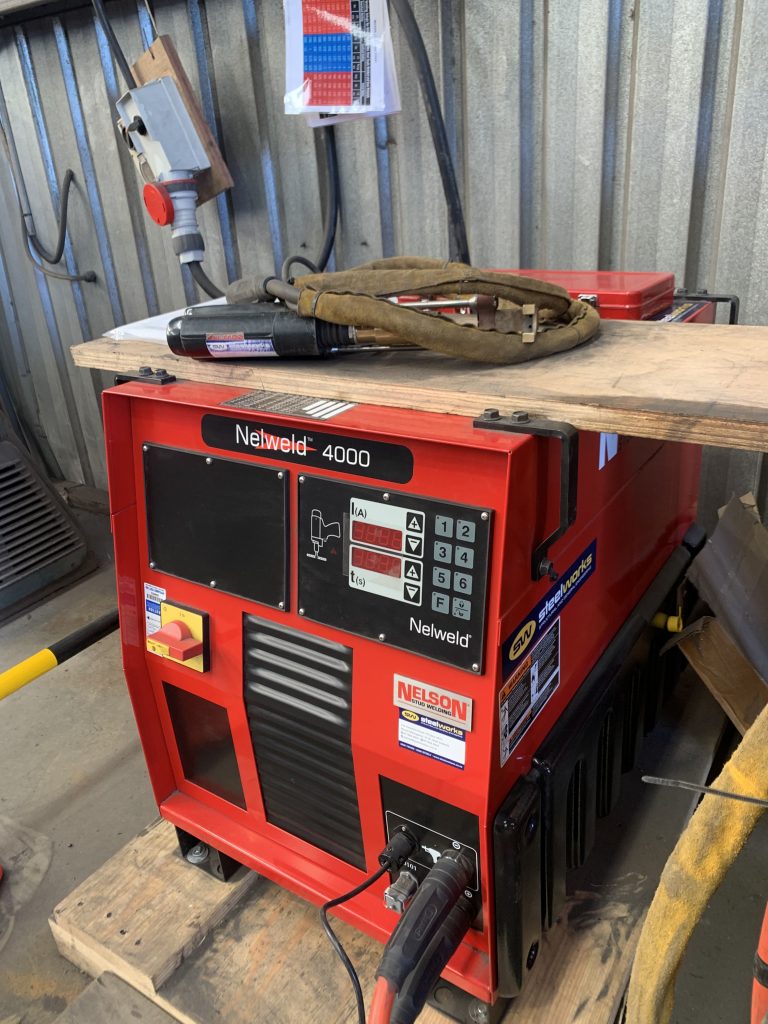 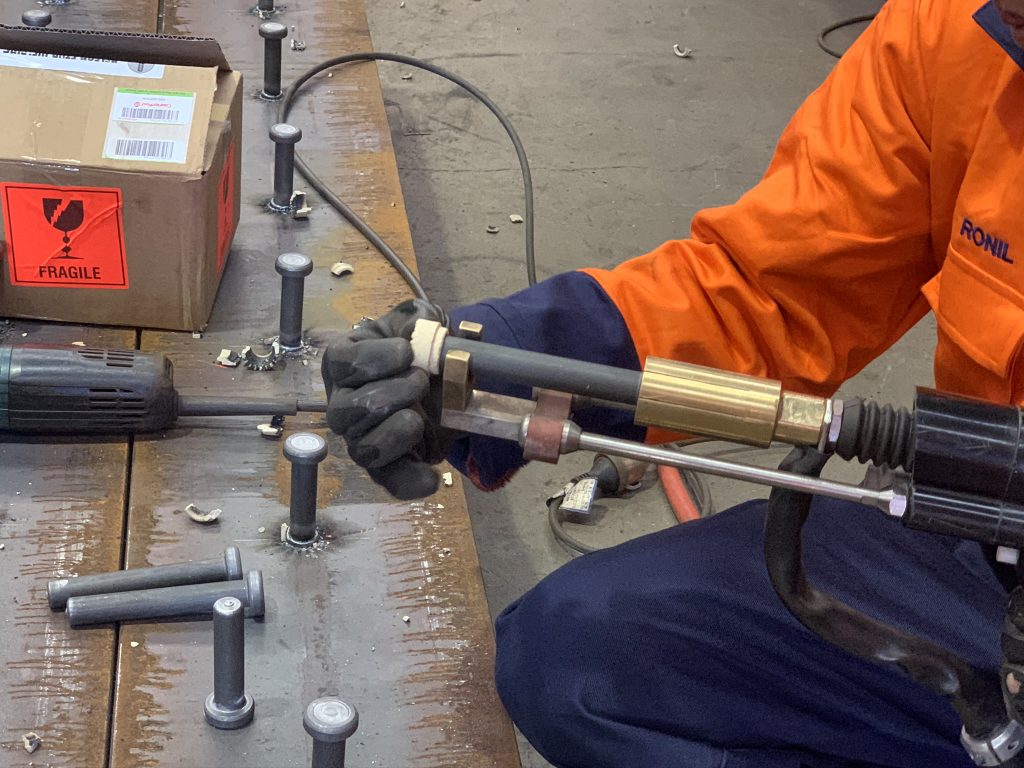 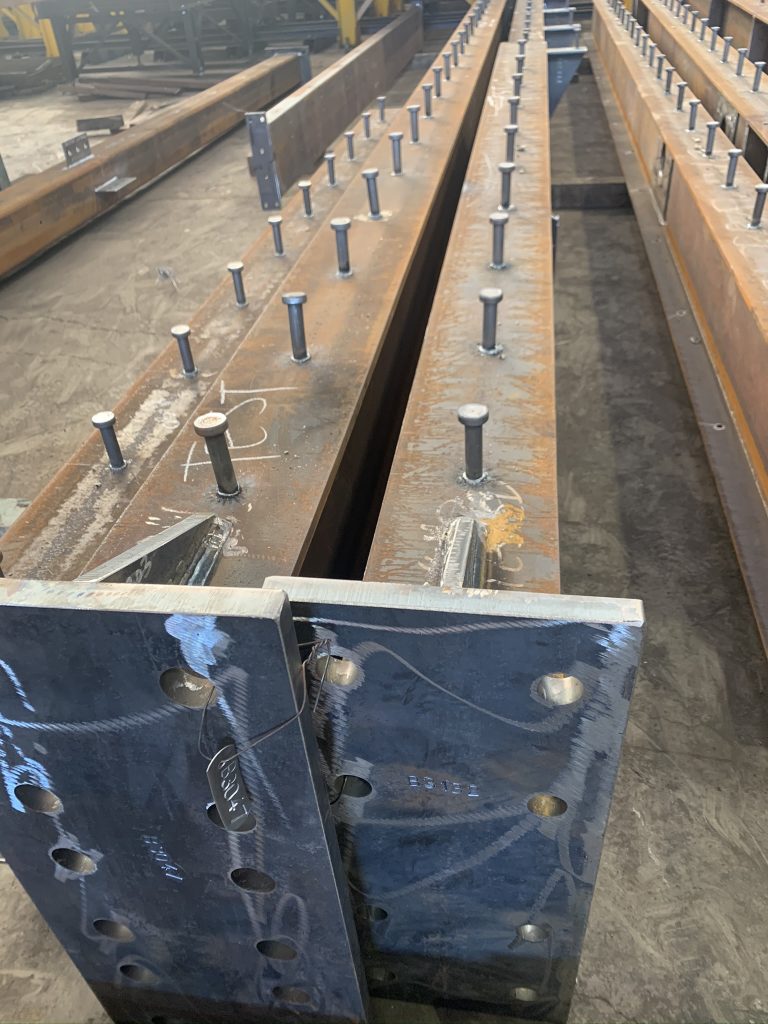 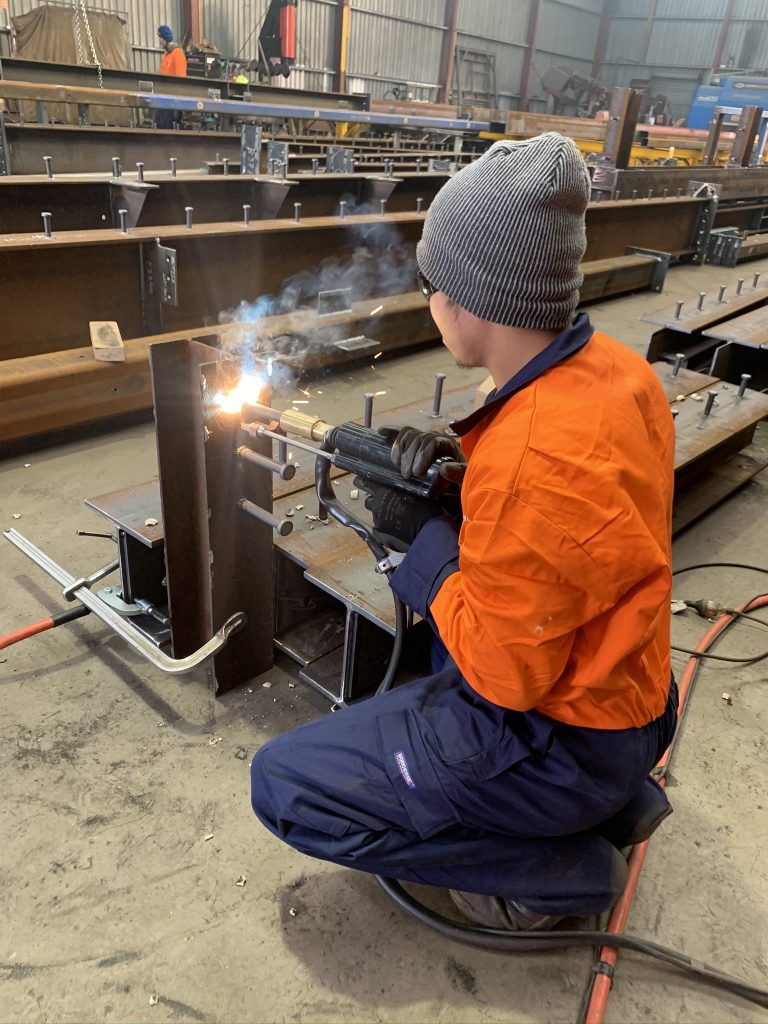