Some of our Past Projects

We have showcased some of our recent projects highlighting the diversity of our project work. 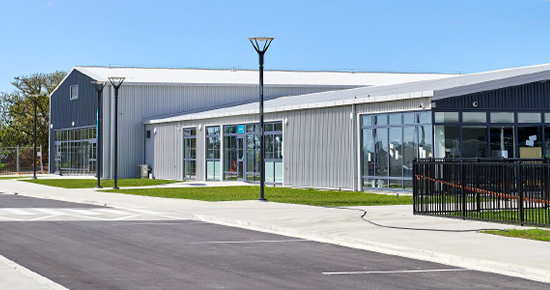 This project was a 3 staged programme with fabrication underway and construction programme started March 2018.

Read More about this project

Te Aroha Events Centre is a 100 tonne project Steelworks NZ Ltd completed for the Matamata District Council. The building was completed in late 2016. 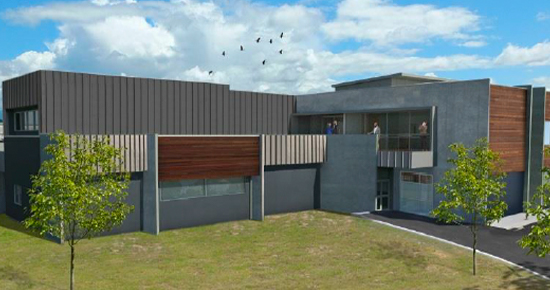 This project is another staged programme recently completed in 2020.

The new operating theatre at Tauranga's only private hospital performing elective surgery has helped to clear a backlog of patients built up due to Covid-19 lockdown restrictions.

More than 100 elective surgeries have been performed in the new $6 million theatre at Grace Hospital since opening in May.

Theatre 7 is one of three new theatres at Grace Hospital and is part of a $9m ongoing development programme. 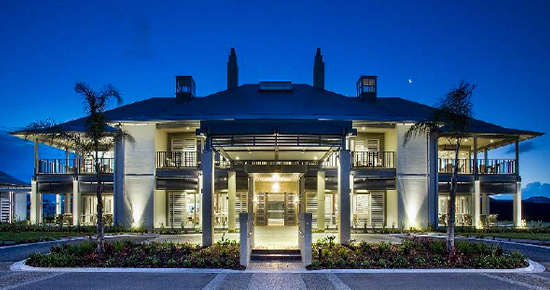 This project comprises 36 high end serviced apartments over two levels as part of the central precinct in the Pacific Coast Village retirement village.

Steelworks NZ Ltd have been involved in the detail, fabrication and installation of a number of coolstores in the BOP region.

Apata Coolstore is one we are currently working on, with tight deadlines to meet the upcoming kiwifruit season.  Starting in October 2019 with detailing underway, this 252ton steel structure is in fabrication and ready for install starting December 2020.  Final stages are due to be completed by February 2021.

Read more about these project 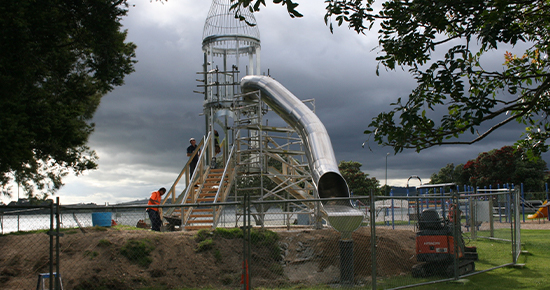 The original rocket slide was built in the 1960s. It was replaced in 1985 and was due for renewal in 2015 after being closed in October 2014 due to a failed safety inspection.

The new Rocket Slide was detailed, intricately fabricated and installed by Steelworks in the more prominent location nearer to the Memorial Park fountain.

"Memorial Park has had a rocket slide since the 1960s, forming a big part of the childhood memories of many people who have grown up here," said Tauranga's Mayor at the time Mr Stuart Crosby.  "The new Rocket Slide will be something really special for our city that is sure to become a firm favourite with both children and parents alike."

The Rocket Slide officially opened on 12th December 2015 with a space-themed family fun day just in time for the school holidays! 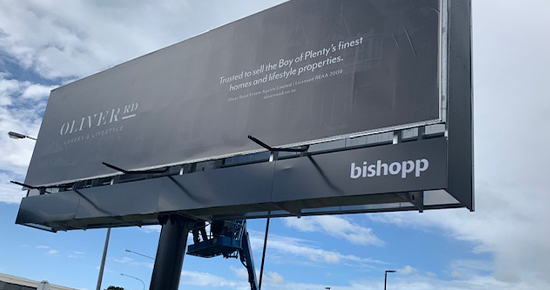 Steelworks NZ Ltd fabricated and installed two of these signs at Tauranga Airport, which are now on magnificent display heading to and from the airport.

The new DHB Building project was awarded in May 2020 with detailing starting straight away so we could fabricate the 56ton steel structure ready for install in August 2020.

The building is expected to open early 2021.